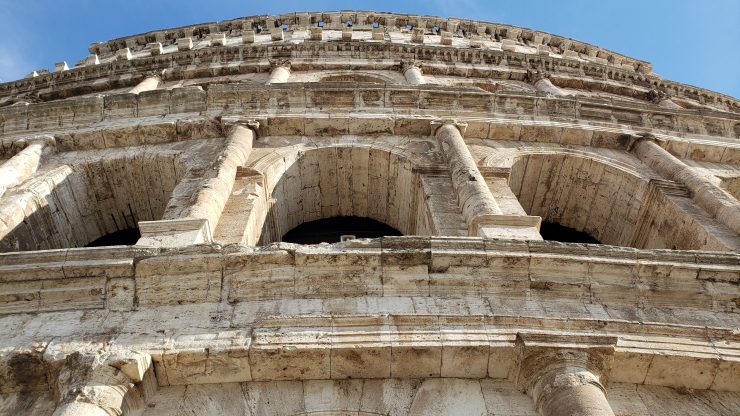 Project Management in Rome throughout the Ages

Photos are by the author unless otherwise stated.

Construction has forever defined the Eternal City. From the vast public building projects of the Imperial era to the commissioning of ornate Christian basilicas during the Renaissance, the continuity of Rome has demanded the construction of new structures in response to the social, political, and economic needs of the present.

Before investigating the process of design and construction in pre-industrial history, it is important to consider that large construction projects were treated as “more of an art than a science.” It is only recently that the fields of architecture, engineering, and construction were more distinctly separated as they are today.

In the Roman Republic, the…

Costs…(high proportion of costs in transportation of materials…)

Projects commissioned in response to a social, economic, or political need…

Quarried travertine mined near rivers (such as the Aniene…) and rotated onto wooden barges in trenches, while the river was blocked, allowing for trenches to fill and barges to float. Barriers removed, water level lowers, allowing barges to float out into the river. Aniene flows into Tiber, allowing transport directly to central Rome…(source…?)

Availability of materials around Rome…

Road construction for transport of materials…

Usage of materials from abandoned buildings…

Role of Ostia in accepting and processing imports of materials to Rome up the Tiber/Via Ostiense…(warehouses, docks, ships, carts…)

A soft but easy to collect material for building…

Covered with brick, stone, and marble/travertine…

Addition of internal support, allowing for structural concrete in tension…

Analysis of Urban Greenery in Rome